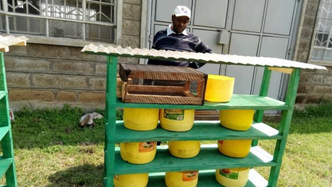 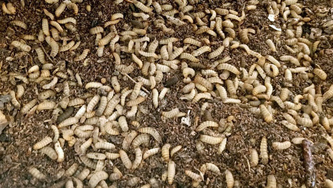 Ressect has extensive knowledge in the insect production field, as well as in producing animal feed from insects. This Swiss company is responsible for project management and know-how transfer.

Ever increasing poultry production and greater aquaculture expansion are increasing the demand for animal feed. In Kenya, depending on the region, there is little or no access to animal feed (fishmeal, for example).

The Ressect Company plans the promotion of insect-based, animal feed production. In this project, expertise in insect production has been afforded through a knowledge platform and local helpers. Additionally, a starter kit (shelf construction for keeping black soldier fly larvae) has been provided, with which farmers could utilize their waste for insect production. A digital trading platform compatible with mobile phones for marketing produced insects was set up, too. Through this simple insect production process, one of the aims was that the rural population should be positively convinced of this new, economical cultivation method. The Egerton University has been involved as Kenyan partner in this project.

A digital training platform has been developed and made available to farmers for their own use. 100 locally produced starter kits were tested by small-scale farmers. Another 100 farmers joined the project using their own resources. In addition to what was planned, a 120 m2 demonstration production facility was set up in Nakuru, which has been treating more than 350 kg of waste per day since the beginning of 2020, through the use of one ton of insect larvae.

200 farm owners, as well as Egerton University, have benefited from the know-how transfer. The digital platform proved to be used far less than expected and the biomass availability was too low to allow for profitable decentralised exploitation by farmers. The regional Ministry of Environment has shown interest in the demonstration production as a solution to the reduction of odours and transport when processing biomass waste from markets. Ressect also helped to found an association for insect composting in Kenya.